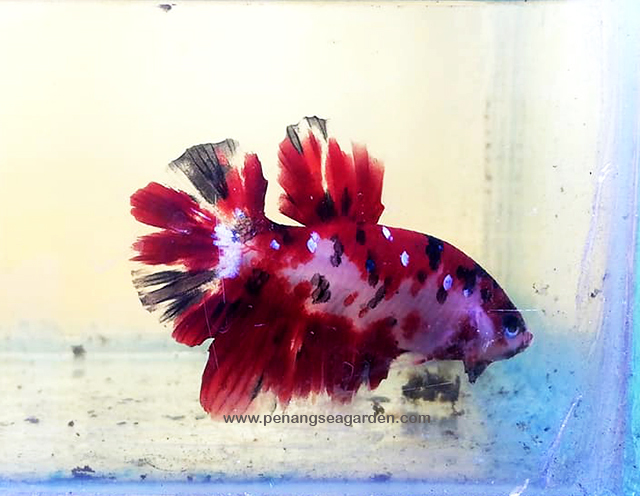 Temperament: Betta fish are a tempermental fish that portrays an awesome personality to behold in the home aquarium. The male betta fish along with the female betta fish will both flare out or display their gill plates towards other fish in an act to show hostility, spawinging activites, or when it feels threatened.

Feeding: In the wild, betta fish will eat small organisms especially insect larvae. Feed your betta fish once per day ensuring you do not overfeed.

Tankmates: The discussion on what type of tankmates you can keep with betta fish comes up often. First, you can not keep more than one male betta fish in the same tank. These fish will fight until one eventually dies. It is strongly suggested to keep one male and one female per tank. One can keep multiple female betta fish in the same tank as long as they are kept in a group of more than two. They will fight some, but not to the extent it harms or kills another.

Breeding: Betta fish are not hard to breed. The male will form a bubble nest against one of the sides of your aquarium. The female betta wll lay her eggs, the male will pick them up and deposit them into the bubble nest. Fry will begin to hatch after 3-4 days. Most remove the female after breeding to prevent fighting and fry from being eaten.

Key Features: The betta fish is a unique and enjoyable fish to add to your collection. The beautiful fins on the male betta fish along with the wide variety of colors makes this a very attractive spcecies to keep. This fish is hardy, inexpensive to keep, and provide a beautiful conversation piece to add to your aquarium.